19th and 20th of August
Island One Mykonos
We arrived at the port on the right day .. WOO! good start! Met our busabout tour guide and group and then we boarded our ferry ready for a 6 hour cruise to our first island. We sat at the back of the boat and watched the sunrise which was very pretty and distracted us from how uncomfortable the seats were that we had found for ourselves so we snuck downstairs and managed to find ourselves a flight seat, which we didn’t have tickets for – REBELS haha and were able to sleep and rest the 6 hours away very comfortably. 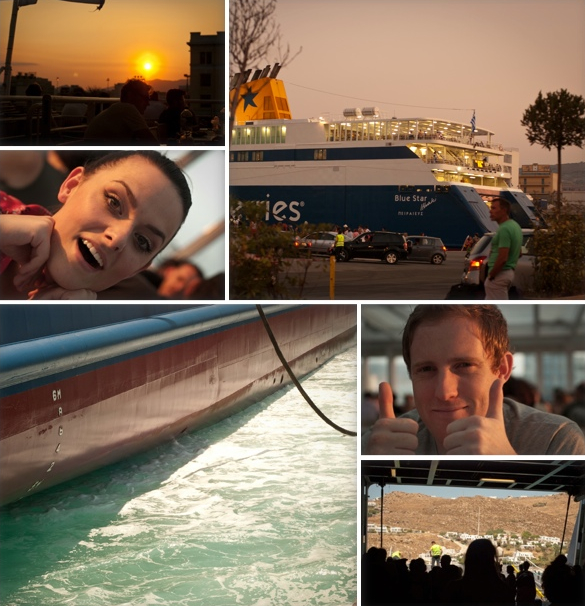 Soon we got to Mykonos and because we werent staying with the group we caught the public bus and figured our way to our hotel at Paraga beach. It was a lovely white washed hotel with trees and plants growing freely around, very pretty! We had a seaside view too which was pretty impressive and the room was very comfortable! 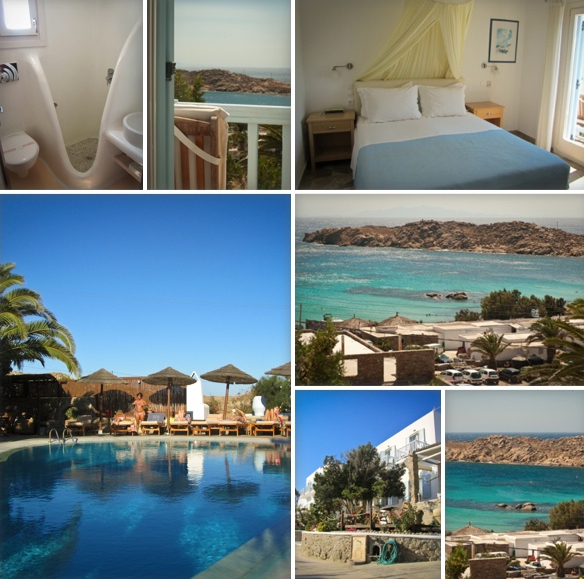 After settling in we met up with the group at their hostel at Paradise beach. We thought we were taking a short cut by walking along the coast, but really we ended up taking a cliff climb haha it was windy and it was quite a steep drop down to the water, we kept to the path though it seemed safe enough and it was a very beautiful just looking at the scenery. The water was beautiful!  When we got to the hostel there were people selling tickets for Armand Van Burren who was performing that night so Rhys and I bought a couple tickets since the rest of the group were pretty keen to go.
We headed to a little bar for a pre drink then caught a bus into the city for dinner. The food was fantastic! We had greek salad, lamb on the spit and I had the seafood pasta, all very delicious, and very filling! Greek food is too good to resist!!
Then it was time for some club hopping with our new tour buddies. First we headed to a cocktail bar that was in little Venice so we had the ocean crashing against the outside windows which was very cool. Next we headed to another bar that served cocktails in buckets for a lot of dancing and drinking. Later we headed to the next bar which was serving free tequila shots urrghh ahaha.
Armand van Burren wasn’t going to be on stage till about 3:30am but Rhys and I thought we would head back to Paradise Beach earlier and see if there were any acts on before hand and see if the vibe was any good otherwise we weren’t going to stay up all night for it.
On our walk back to find the bus we managed to get ourselves lost in the streets of Mykonos, which is very easily done, as the streets were designed to trick pirates. No street signs and the place leads you in circles, with scary looking alleyways being the best way out, not main strips haha We found our way to the water though and walked our way around from there but by the time we found the bus it was about 2:30. We got on the bus to go to Paradise beach and the bus took us to Paraga Beach first, which is where we are staying and by now it was pretty late and after having two 5am wake ups we thought maybe this was a sign to head back for a little rest and then maybe head back in for the show, haha as if that was going to happen. We soon decided it was best if we slept so we could make the most of Mykonos by day and explore the place. So we piked, which I kind of regret, but a few of our tour buddies said it wasn’t worth staying up for so we feel a little better for that haha
The next day we wanted to make the most of the beautiful beaches of Mykonos, we headed to the Paraga beach since it was a stone throw away. We got some lunch at a nice restaurant beforehand which was yummy and we made friends with a cat that was hanging around a restaurant.
We settled ourselves on some beach chairs slapped on our sunscreen or for me Argon oil, which I bought in Morocco. I was told it protects you from getting burnt and gives you a lovely tan, I was apprehensive, as you can imagine haha. Then we waded our way into the beautiful clear blue waters. It was the perfect temperature and you could see clearly when you swam and opened your eyes under water. We swam for a really long time just loving the water here because its so salty you don’t need to swim you just float! We went back to our beach chairs and sunbaked in the warm sun for a little while before swimming again. By the way the Argon oil worked, no sunburn, just a lovely bronze glow! I highly recommend! 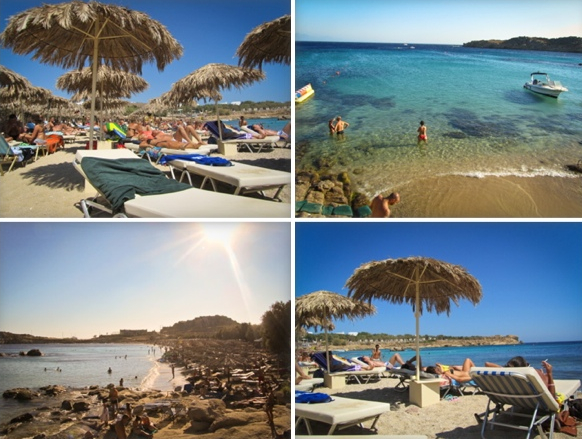 After many hours lost at the beach we went to our hotel got dressed and caught a bus into the city so I could get some photos, since I took none the day before and so we could go get some dinner. We walked to the windmills and got a few nice photos and then we watched the sunset by the water. As the sun went down everyone around us was clapping. It was very cool! 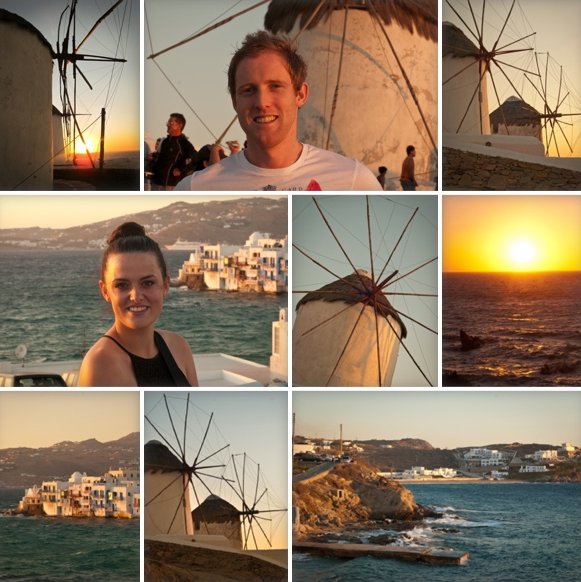 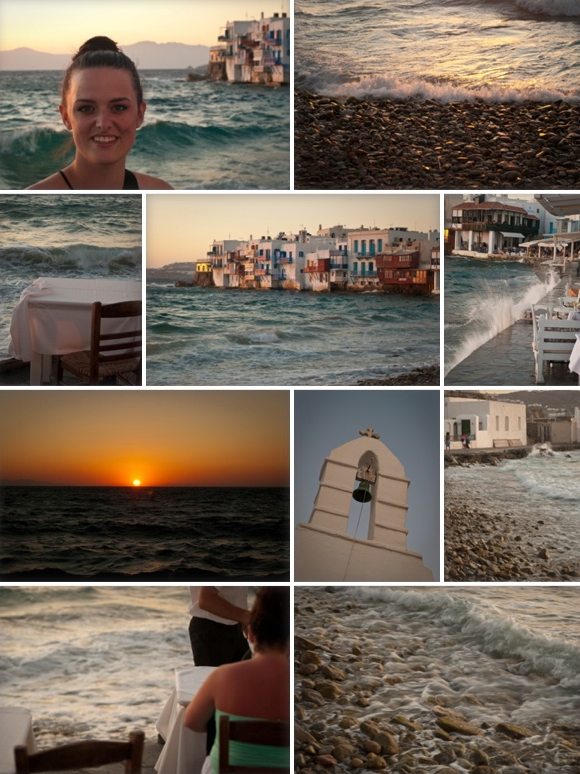 We wondered around alleyways as we always do to find food and found a little garden restaurant hidden away. The flavours were very new to me, but such familiar ingredients, it was pretty great. 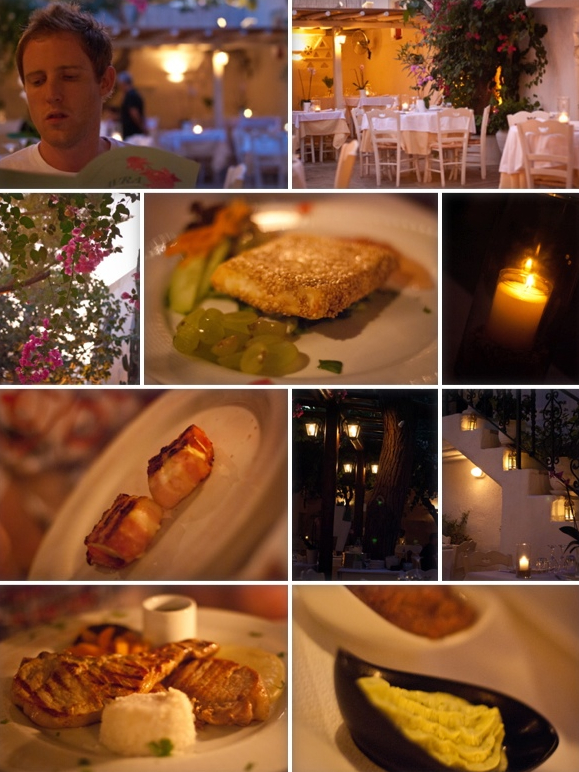 To start we had grilled haloumi cheese wrapped in bacon, which is always going to be a winning dish! Then I had a really yummy dish of fetta, wrapped in pastry dipped in sesame seeds and deep fried, served with grapes and a rose petal jelly that tasted like honey. AMAZING! I can’t stop thinking about this dish! So good! Rhys had pork chops with a rosemary and caramelised onion sauce that you dripped all over your dish yourself! Very good! 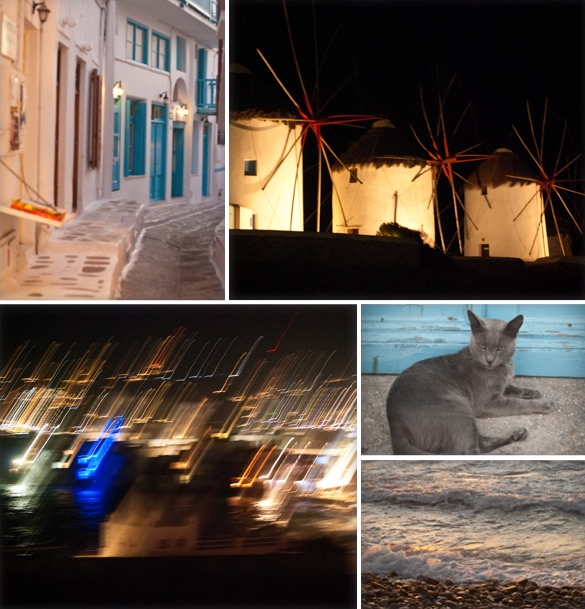 After we walked around the shops which are open very late here and then we headed back to the hotel, chilled by the pool outside and listened to the piano performers and had an early night ready for our ferry ride to Paros in the morning!
E 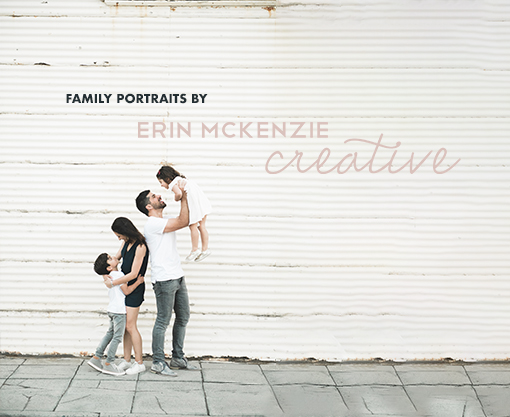