Today we had planned to head to Jungfreau, the highest point in Europe to see some snow! When we got up in the morning there was still fog everywhere and we couldn’t see across to the alps so it wasn’t surprising when we went to the station to get our tickets to go there the lady told us it wasn’t recommended. The best thing about Jungfreau is the view and we wouldn’t see much today. On top of that it would have cost us 180 swiss francs each to get up there and 2-3 hours travel each way. It didn’t seem like a wise choice for the day so we went into town to get some lunch and give ourselves some time to think over what we wanted to do. We spoke to a few locals and they recommended going to Allmendhubel, which is only 12 francs each and there should be snow up there today.

I went and rented some hiking shoes since my boots were soaked and were hopeless for snow! Then we headed to the cable car for the ascent to Allmendhubel. As we headed up we saw snow on the trees and on the ground but not very much. I know that normally there isn’t much snow up here as it is usually a good spot for hiking and seeing the wildflowers, but with the weather being a bit wild and it was snowing lightly in Murren, there was hope!

As the cable car pulled up to the station I looked out and all I could see was white, at first I thought it must just be fog and I was expecting to just see a light cover of snow and not enough to play in, but when I realised what I was really seeing I was so excited! I ran out of the doors outside and jumped into the snow straight away to make a snow angel. Snow is so so much better than I ever imagined! 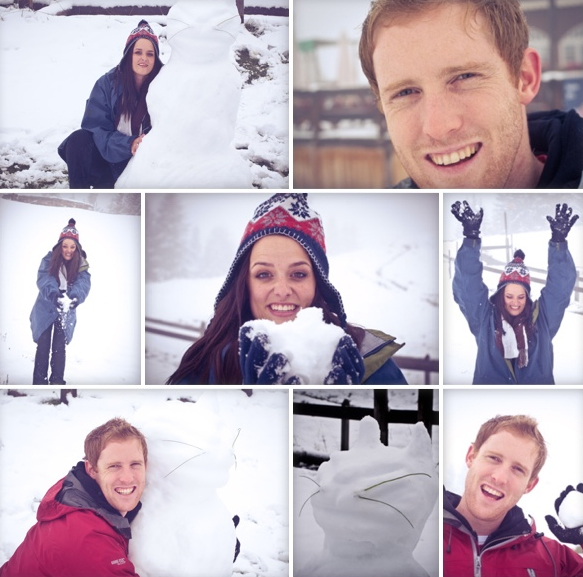 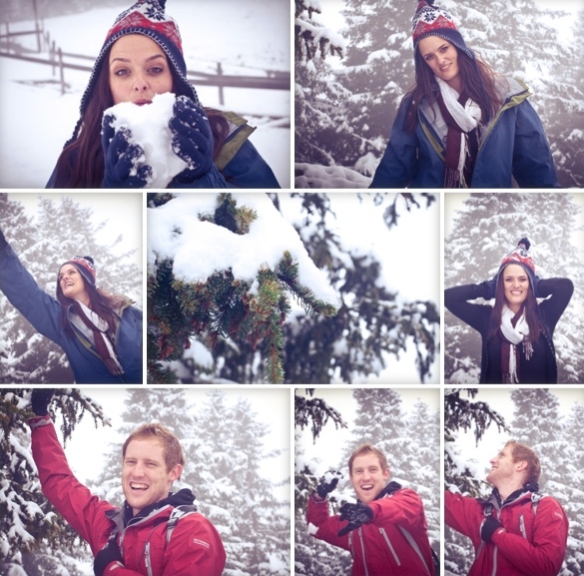 People have told me it isn’t that great and it just feels wet and slushy, but they obviously didn’t experience the fresh powder we got to see. It wasn’t very deep snow, but it was fresh so it was awesome! It was like icing sugar under your feet, soft powdery and wonderful! We played for hours and got way too many photos! We made a snow man that we named snow cat and Rhys destroyed it haha

We had an absolute ball! We went for a walk near the pines, had snow fights, made snow angels and snowmen and we ate the snow like icy-poles, don’t worry Kirsten, I didn’t eat the yellow snow hahaha! We had such a great time!! 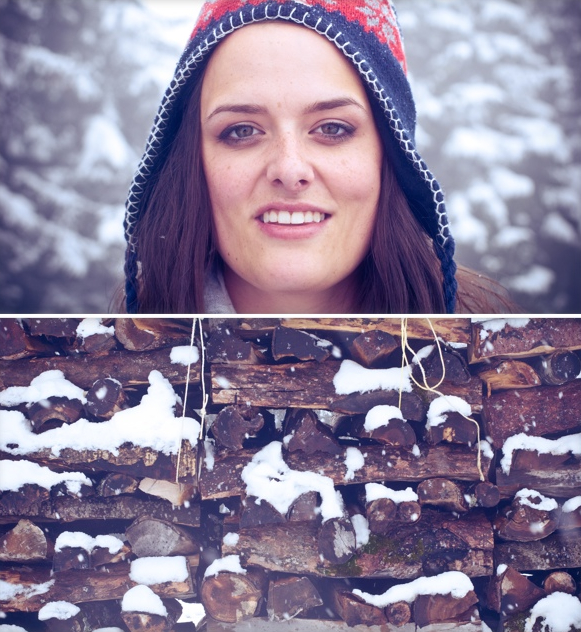 It took a really long time for us to feel cold but when we did we thought we would go to the restaurant and have some fries and a couple warm drinks and then get back out into the snow.

We stayed in the snow until the very last cable car came to go back down at 5.00pm I didn’t want to leave but if weather permits we will go to Jungfreau tomorrow or Shilthorn.

We went back to the hotel and warmed up for a while again by the heater. I beat Rhys at a game of fooseball (however you spell it?) which was momentous! We chilled out and thought about how great our day was. Rhys said his back is starting to hurt a little and I am not at all surprised with how he was running around today! So we went to lie down until it was dinner time!

Dinner at the hotel again after how great it was last night. I had the pumpkin soup and it was so much like the soup my mum made me when I was a kid that I wanted to cry! So delicious! Thats right mum this is a message to you! I want more of that soup when I get back! YUMMM!!! Rhys had the chicken fillet with fries and salad and we both felt very satisfied with our food! By now Rhys’ back was really starting to give him grief, so much so I had to get a hot towel and massage his back, he couldn’t lie straight without writhing in pain. Poor thing! We watched an episode of game of thrones to take his mind of it, and after a while he drifted off to sleep. Hopefully it will be better in the morning, we think he may have pinched a muscle while jumping around like a fool in the snow! We will have to take it easy tomorrow!