We packed our bags and got ready to head back to Athens, feeling ready to head back after all the sun and partying on the Greek islands, it will be nice to get back to something familiar! We decided to get a later transfer than the rest of the group since they were going to arrive pretty early and we met them at the port.
Rhys and I went to the bakery for breakfast and got some unforgettable croissants … yum! and when our ferry arrived we got our stuff and headed on board.
It took me a while to realise but while on the ferry I noticed I was missing a bag of gifts that I had bought while in Santorini! I was so angry with myself! We had put a lot of thought into picking each item too and I was really upset that I had managed to forget! When we went to the bakery must have left it at my seat and when we came back I had to sit at a different spot and then I didn’t even think about it! We let our guide know and she said she would see what she could do, since there were other guides still on the island it may still be where we left it.
We got back to Athens and the metro was down, just our luck so we caught a cab with two of the girls from the tour that were headed to the airport, met our apartment rep and got back into the apartment that we were staying at earlier on i the trip.
Although we didnt appreciate the apartment at the time we were there, we really appreciated it when we got back! It felt like we were coming home because it was all so familiar, which we don’t get very much on this trip!
We spent most of the afternoon relaxing doing washing, since the metro was down we thought this would be a good opportunity to recover from our Greek Island adventure!
We headed back to the same restaurant that we went to on the first night, and we got a great feed, for very little cost. Pita break, grilled haloumi, kebab meat and Tzatziki … delicious! 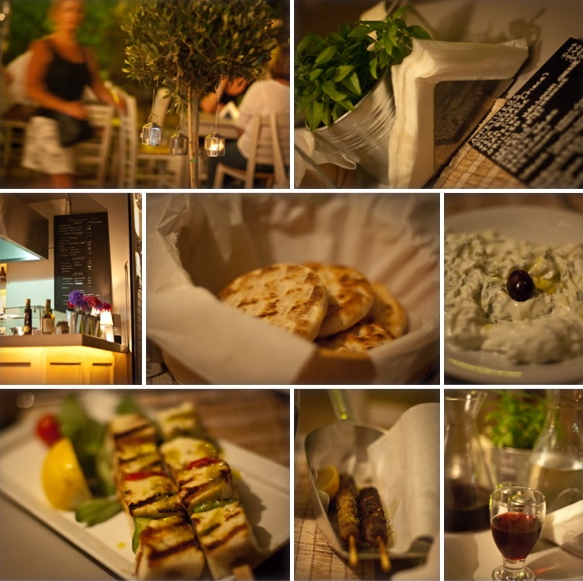 The next day we got on Skype with my folks and my sister which was nice! Always good to speak to the family! and then we asked around on the street and found out that the metro was back up and running!
After so long with greek food we decided to get some McDonalds and then see if we could find more stray dogs to give ice blocks to since i was a warm day… You all know how this would have ended… they were very uninterested, again! It was Sunday so the city was dead and no shops were open. It was like  ghost town, nothing like the hive of activity we had experienced on the first half of our stay. We walked around for a while and then headed back to rest before our amazing culinary evening since tonight I booked us into a 2 Michelin star restaurant! We figure this is something we need to do on this holiday and this seems to be one of the more relaxed michelin restaurants in the world! So why not?!
We got dressed up ready to go, Rhys looked handsome as always. We tried to get a cab to ‘Spondi’ the restaurant, and we had four cab drivers talking to each other in greek trying to figure out where the restaurant was…. I think the real issue was it was such a cheap cab ride to somewhere they wouldn’t get another fare so they all didn’t want to take us. We managed to convince one of the drivers and he dropped us close by. Bizzare! He knew the restaurant but said he had no idea where it was exactly.
We arrived at the restaurant in the end though and were seated by our waiter. There were a lot of waiters, all with their own speciality. Wine waiter, bread waiter, food waiter, serving waiter… the list goes on, all ready to be at your service! At first we were uncomfortable with this but after a while you embrace that they are just passionate about food and looking after you.

We decided not to get the discovery menu since it was about 157 euro each with wine, and there were a few dishes I was unsure of anyway. We ordered 3 courses and our wine waiter paired our meals with wine for a really great price. They kept bringing out free amuse bouche and palate cleansers anyway so we felt like we had more than enough food! 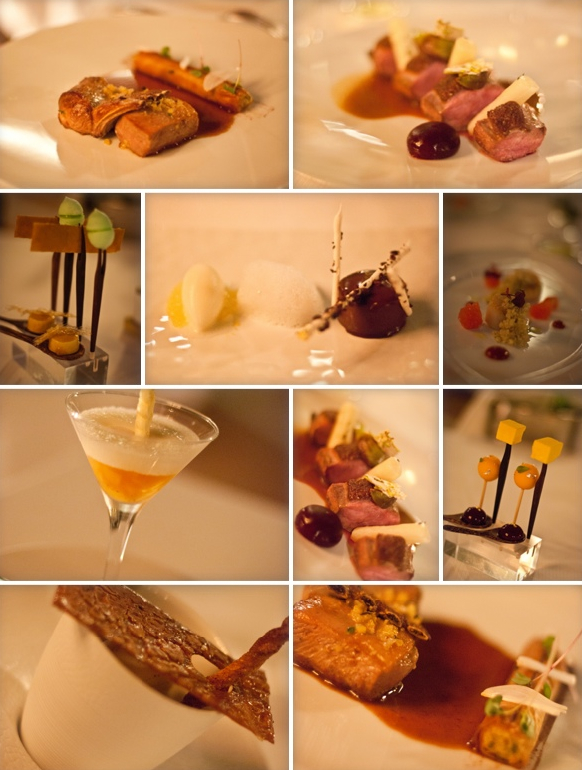 I wish I could go through and describe every dish to you because it was all amazing! But we will be here all day and I will probably lose your interest! haha but I will write in summary that every mouth full of every ingredient on every dish was a suprise. I can usually look at food and imagine what it would taste like before eating and I am usually right, but these dishes were amazing little unexpected delights. They take ordinary recipes or ingredients and flip them on their heads. Like meringue … with flavours of wasabi and pistachio… duck paired with nougat and cherry jelly. Wow! Definitely an experience and a yummy one at that! I even got to eat gold for my dessert! haha
If you want to know more about the restaurant and what they offer check out their website! http://www.spondi.gr/ It was worth the splurge, you only live once and I have always wanted to eat at a michelin restaurant.
To our surprise earlier in the day our tour guide messaged to say they had found our bag of gifts and that we could collect it in Athens later in the evening, so after dinner Rhys and I caught a cab and got our presents back 🙂 so so happy! What a great night!
E