I woke up this morning and spent a lot of time replying to all the great people who commented on my posts, I want them to know that each person is appreciated so I will take the time to give something back. By the end of today I almost doubled last nights views by getting to just under 2000. I feel very honoured to have been featured. I hope to my readers who have blogs also that you get featured soon too 🙂

The tour must go on though! We headed on the tram into town and got a quick bite to eat. We modified the map a bit because I wanted to spend a lot of my time at the bear pit on the outskirts of town, so while we ate we mapped out the main things we wanted to see and made a new, shorter city walk. We walked toward the Parliament building, there was a lot happening down there! Markets lined the streets on the way there and reporters were around interviewing people on the street. They tried to interview Rhys but I’m not sure our opinion would have been accurate since we had no idea what they were talking about haha. I think it was more political election business like we saw in Berlin. We went round the back of the Parliament building because there is supposed to be a really nice view of the other parts of town from here … and boy was there! It was gorgeous! We stayed, ate a donut and looked out for a while. 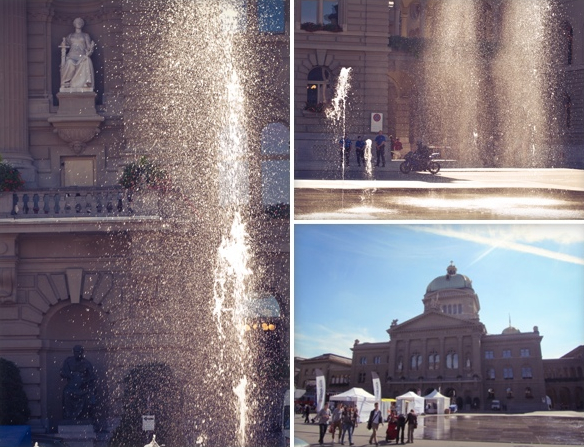 Next was Einstein’s house!! We went upstairs paid the entry, expected a few rooms, but only one was laid out the way he had lived in it. It was pretty cool to see though! A lot of the furniture was original too! Upstairs there was a room with boards of different information about him and his life. We read through them and I learnt about him … he was a bit of a player that Einstein! Cheated on his lady with his cousin and divorced her in the 20’s … which is pretty rough! Divorce was a big deal back then! And he married his cousin 4 months later! tsk tsk haha It was very interesting to read about how he became successful pretty inspiring stuff! There was also a movie playing to sum up his life by year, which I enjoyed too

We walked into the next street toward the gothic Church, Munster Cathedral. The main peaks are under construction which is a little disappointing but it was nice to see anyway! After seeing this we headed toward the bear pit!!! EEEEH!!! YAY! The walk was nice, just getting a feel for the city and its atmosphere! 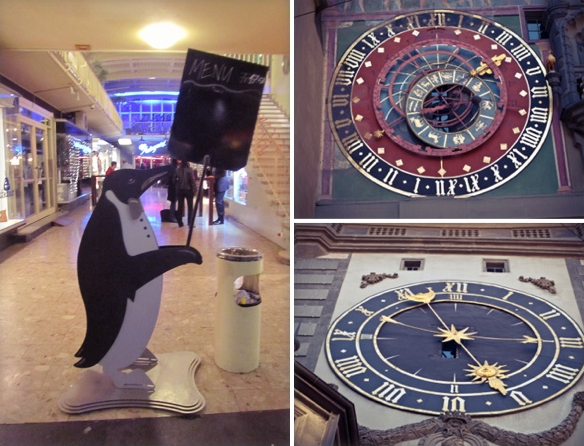 Some more Penguin love for Krystle 🙂

I was expecting the bear pit to be a zoo, you know the deal – pay entry walk around, but in Bern it is an open area free for everyone! The bears are very important to the people in Bern, you see statues and monuments of them everywhere! As we walked over the bridge we could see their enclosure! It was really exciting to see it as you walked over the bridge! We went closer and headed down the the bottom toward the water and watched them play. There was one BIG male bear who was in his own enclosure and he reminded me of Baxter. Sitting in the water, too lazy to move. He even had the droopy eyes haha I MISS MY DOG!! He started to entertain us by swimming and splashing around though when he noticed people starting to move to the next enclosure to see the other bears. We stood there for so long I couldn’t tell you just loving watching these beautiful animals! So good! 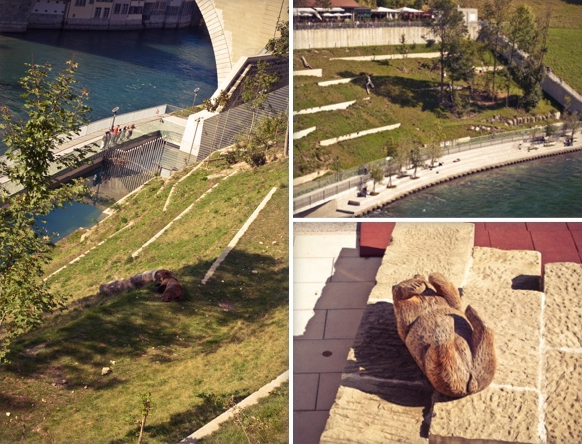 After a while it got very hot so we went down the steps to the river front and I dipped my toes in the freezing cold waters. It was so nice just sitting there watching the strong current flow down stream. 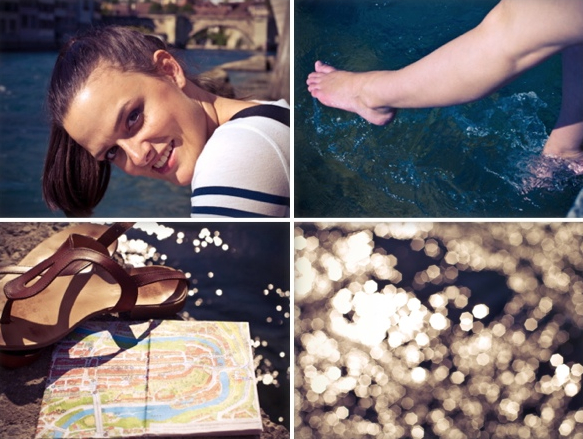 We started to get thirsty looking at the water so we went up to the cafe by the bear enclosures and got a couple beers and a pretzel! YUMMM! haha and then we got ourselves some lemon and lime sorbet as a nice refreshing treat. Just looking over the town of Bern is very peaceful! It’s nice here… It’s nice everywhere in Switzerland that we have seen so far! 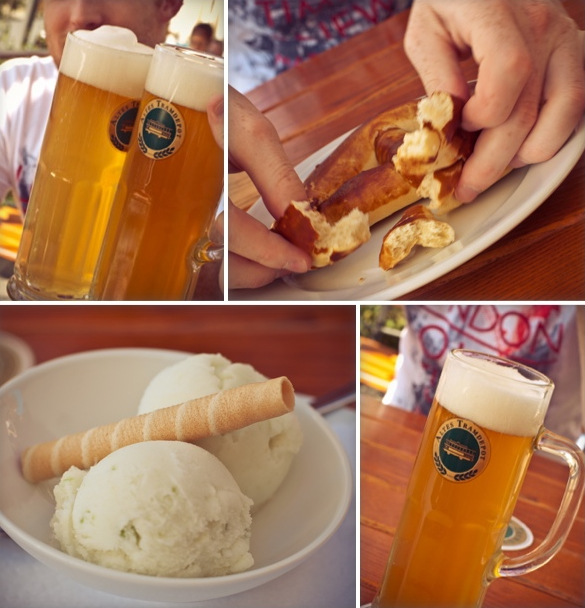 We walked back into town and caught the tram to the hotel to have a little rest before going out for dinner. Finding a restaurant with an english menu was a bit of a nightmare to be honest! We ended up at a restaurant that we didn’t like the sound of at all and it was very expensive. The food was surprisingly good though, I think it was just the translation made everything sound inedible! haha I had the “ravioli with curd” and Rhys had the steak because he couldn’t stomach the idea of anything else. There was a dish just named something like “lambs head” … I mean come on! haha 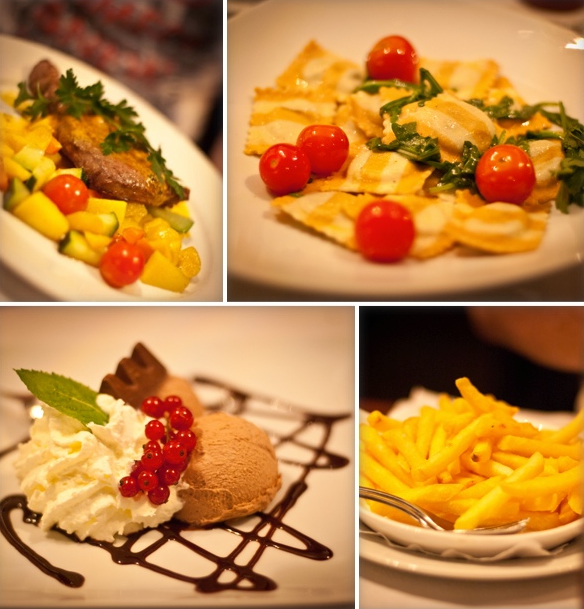 Bern by night seemed to be a bit dodgy but it maybe just has a really good nightlife. We walked into one place that was just a really dark garden with caravan looking bars and there were people everywhere! It was pretty cool! We weren’t really in the mood for drinking and partying though, we were both pretty sleepy after a nice relaxing day. We will leave the partying for somewhere else. Tomorrow we are going to Geneva. Our last Switzerland destination … I’m sad it is so nice here!